Lamentations of the 4e Flame Princess

So I have spoken at length about my general disdain for most published 4e adventures. They tend to be grindy railroads with back-to-back-to-back encounters, with exploration and roleplay taking a backseat to combat. I am not saying everyone plays it that way; I certainly don't. Its just that like it or not, the first few gaming experiences you have with a system can color your expectations, and for many, the first taste of 4e was a grind, a la Keep on the Shadowfell or the hideous, wretched Dungeon Delve. 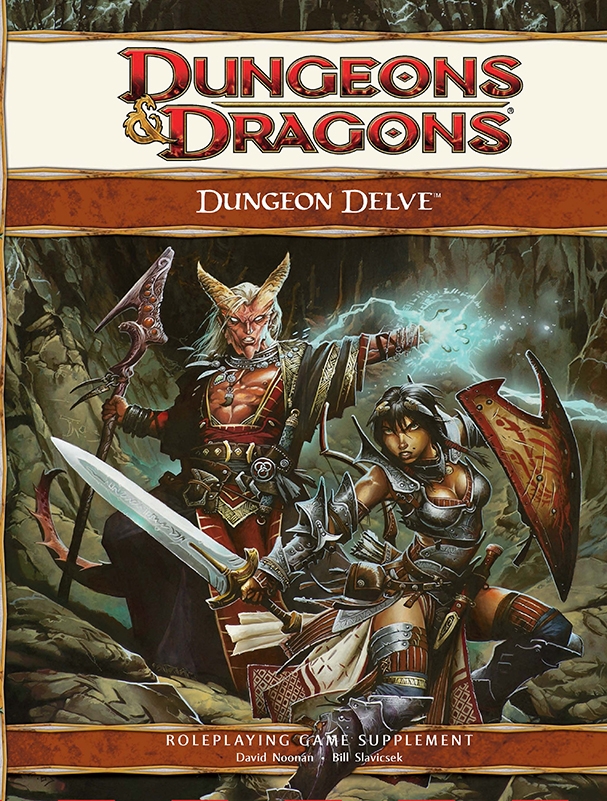 "But Froth," someone said to me recently. "4e's tactical combat is its greatest strength!" Look, I love lemon meringue pie, but I don't want to eat three lemon meringue pies in one sitting. That makes it suck. That makes me puke. Such is the way of 4e combat. The pace of an adventure is important. I've mentioned before that 4e has a good skill system that is well-suited to exploration. I've talked about thoughts on stocking dungeons in 4e, looking at entire megadungeon levels as single encounters, adding morale into 4e, and a host of other ways to tweak the pace of 4e adventures to make them more fun to run and play.

Ok, so let's switch gears for a minute. Many of you out there, certainly those OSR folks that sometimes check out my blog, have heard of Lamentations of the Flame Princess. While it is but one of many old school systems out there, what sets it apart and gives it its own niche, in my humble opinion, are its idiosyncratic adventures and stunningly beautiful artwork. 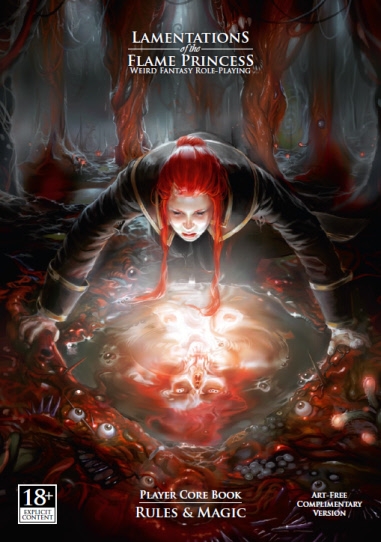 Now, while there is considerable variation among LotFP adventures, don't get me wrong, enough of them behave in sort of the same way that I feel it is possible to generalize a bit about some of them. THERE ARE SPOILERS BELOW. If you think there is a chance you will play any of these, trust me, you don't want to ruin them by reading any info about them.


Some, not all, of the LotFP adventures primarily focus on exploration. The set-up. In many adventures you don't find wandering monster tables. There isn't a monster in every room with a little coinage. Rather, if you do encounter/unwittingly release/stumble upon a creature, its usually a very, very bad thing. For example, The Tower of the Stargazer is a fun adventure where you basically are exploring this seemingly abandoned wizard's tower. There are all sorts of tricks and traps. In one room, you encounter the wizard himself, bound in a magic circle. He will beg and promise the world for you to let him loose, and if you do, well let's just say you will wish you hadn't. In Tales of the Scarecrow, an out-of-the-way farmhouse is actually little more than the bait of a massive underground monster. In Death Frost Doom, the PCs can unwittingly start a zombie apocalypse if they get too greedy. These are the kind of creative set-ups that lead to encounters in LotFP adventures; contrast that with the typical 4e dungeon, and you will start to see where I am going with this.

As 4e does massive, set-piece encounters better than just about any system out there, you might find that it is even more well-suited to run these adventures than classic editions. If that sounds like blasphemy, so be it. Take the adventure The God That Crawls. The "god" is really an accursed mutated former priest; he is now something like an amorphous blob. An encounter with this creature is one thing in theatre of the mind style, but it takes on a whole new cinematic and dare-I-say tactical feel when it takes place on a battlemap with minis and terrain. Its not better; its just different. And you might find you like it.

Somehow, the pace of these adventures works with 4e. Amazingly, you can run many of the LotFP adventures for 4e in one session, whereas with many other OSR-type adventures, you would be falling asleep by the third room/encounter.

LotFP adventures are notoriously deadly. To his credit, the author of many of these adventures, James Raggi IV, has written many them for low levels, so there isn't as much weeping and gnashing of the teeth as there might be if your 15th level Druid bit it. 4e PCs are also much more resilient than their classic edition counterparts, so they might even have a fighting chance to escape what first appears to be certain death. That said, death is part of the game, and the adventures are easy to convert to any level. In fact, that is another major plus in using these adventures with 4e: conversion is a breeze. All I have had to do was build 4e monsters based on one or two creatures. Everything else I just wing with a sheet of DCs.

So which adventures convert best to 4e?

-Death Frost Doom
-Tales of the Scarecrow
-Tower of the Stargazer
-The Monolith From Beyond Space and Time
-The Three Brides (Three great mini-adventures; underrated.)
-Better Than Any Man (This is a large adventure, almost a mini-campaign.)
-The Grinding Gear 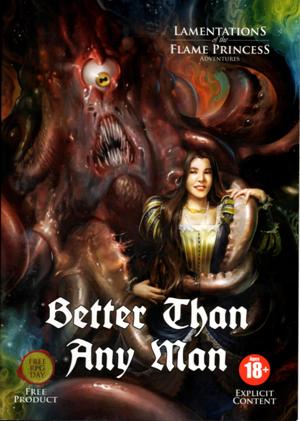 Where can I buy them?

I recommend checking out their page at RPGNOW. You will have to create an account and verify your age in order for all of the products to be viewable, as many of the adventures have mature content. Note that the core rules are free, and the adventure Better Than Any Man is pay what you want. That said, all of the prices are reasonable, and there are frequent sales on that site if you watch for them.

So that's all I have for you today! After running some of these adventures myself for 4e parties, I can say that based on my experience, it makes for a fun time. 4e's strengths get highlighted, while its weaknesses are almost completely avoided based on the creative pace and style of the adventures.

Posted by Jeremy "frothsof" Smith at 9:11 AM