Review: The Secret of Cykranosh by Wayne Rossi 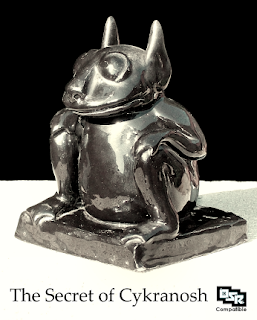 I first encountered Wayne Rossi on Google+ and immediately began following him based on a mutual adoration for the Judges Guild Ready Ref Sheets. I eventually got to game with him once (a fun OD&D dungeon crawl with Tekumel beasties), and I have enjoyed his Dungeon Crawl zines. When I noticed he had recently released an adventure in pay-what-you want format, I immediately downloaded it to check it out.

This is a short (6 pages) location-based adventure, ostensibly set in Hyperborea, although with minor tweaking it could be set in pretty much any fantasy setting. It is compatible with classic D&D editions and OSR games.

I am always in need of short, easy-to-prep adventures that I can drop into hexcrawls and sandbox environments, and this fits the bill perfectly. The referee can read and absorb this in less than an hour, and it should provide a good session's worth of gaming.

The first thing to catch your eye will likely be a great map by Dyson Logos, who never ceases to amaze. The adventure itself is interesting. There are a lot of cool encounters packed into this thing. There are idiosyncratic flourishes that I found pleasing. For example, found among a bandit treasure is the coffin of an orangutan corpse stolen from a carnie caravan.

Perhaps the module's greatest strength is that Rossi managed to develop two rival factions in such a short adventure. This raises the value, as different groups can have wildly different experiences with it. A group could simply hack-and-slash their way through, work to pit the groups against each other, or perhaps find themselves the ones unknowingly manipulated. That sort of depth of possible experience is not typical for most short adventures I read.

It is tough to find anything to be too critical about. My only suggestion would be to have had the map take up its own page, as when I run PDF adventures I typically print the map or make it its own file in order to read the key simultaneously. A minor quibble.

Though I am sure things could change, Rossi has mentioned perhaps doing a number of these short adventures, then later combining them into a larger print product. If they are all in this vein I will definitely be purchasing it. In the meantime I would encourage referees to check it out for themselves.

You can find The Secret of Cykranosh HERE. Check out Rossi's blog HERE.
Posted by Jeremy "frothsof" Smith at 1:45 PM No comments: 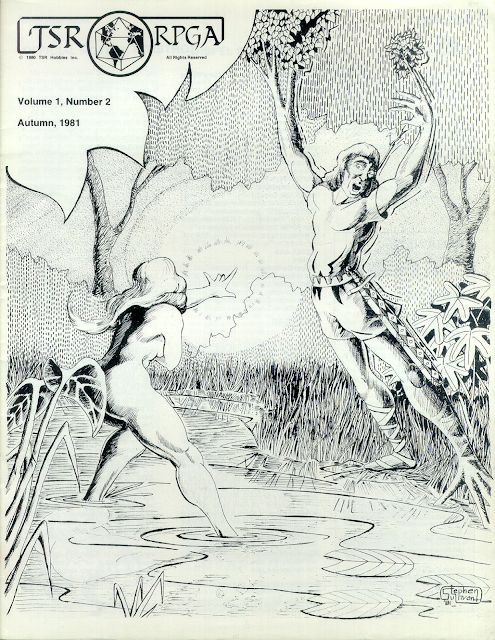 Issue 2 has a great cover by Stephen D. Sullivan, with a dude being polymorphed into a tree. Harsh.

The Letters section is pretty standard, but it is revealed that the awful D&D Computer Labyrinth game retailed for $40-60 bucks! No wonder my parents wouldn't buy it for me. They weren't suckers. Apologies if you loved it. 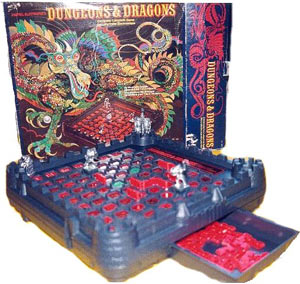 There is a notice about Dragon subscription discounts and then the Sage Advice-ish "Dispel Confusion" column. The biggest takeaway here is that Carrion Crawler paralysis lasts 5d4 rounds, which is of course brutal as hell, but preferable to indefinite.

We get part two of the Gygax interview. He seems to have chilled out a bit since part one, but still takes a pot-shot at Bakshi's Lord of the Rings. Given the dubious quality of the script for the never-realized D&D movie, he was probably better off leaving it alone. He talks a bit about miniature licensing, even though to this day I still see posts here and there around the net insisting nobody used minis with AD&D.

The newsletter is very young and doesn't really have a name, so there is mention of a "name the newsletter" contest, along with a call for submissions to "Spelling Bee", a future column that will seek to clarify spell use and terminology.

There is a preview of Dawn Patrol, which I am completely ignorant of and likely always will be.

"White Rabbits" aims to become a forum to communicate about RPGA membership issues, especially in regards to errors and oversights.

Jean Wells has a decent article on monster creation that I might have found helpful back in the day. Turnbull pens a short essay on current gaming trends, extolling gaming clubs and dissing D&D knock-offs.

Probably the best article of the issue is Jim Ward's "Mutants", a Gamma World article containing new creatures and robots purported to originate from the chronicles of "Random of the Many Names". Gurosh the mutated feline requires three times its body weight in food per day, while the Wess Reel (mutated grape vines) have been known to protect secret societies in exchange for fertilization.

There is a list of RPGA products for sale, including R-Series modules such as Doc's Island. 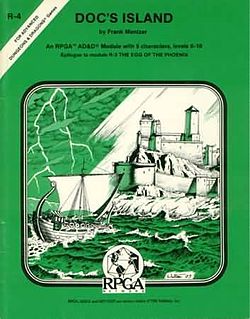 "Notes for the Dungeon Master" has more trick and trap ideas, none of which really bear repeating. Allen Hammack offers some sensible Top Secret GM advice about keeping missions varied. There is a blurb about the world of Rocksnoz, he of the Tom Wham comic. The issue ends with an article about the RPGA tournament system.

Not a lot of meat on the bones in this issue, but it was still an interesting snapshot of a lost moment in time.