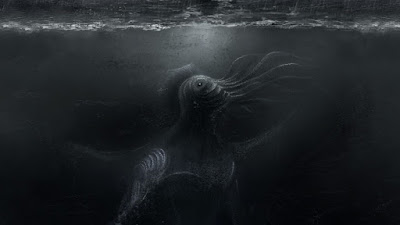 I am a horror junkie and a voracious reader, and for my dollar no RPG horror game does it quite as well as CoC. Some of the scenarios are so well written that I can read them as literature. The scholarship and creativity that goes into many of them is incredible. I also find it to be a great game for new RPGers. The roll-under d100 mechanics are pretty simple to grasp, and the real-world setting (at least in the core game) is easy for new players to relate to and operate in. I have introduced a lot of new players to roleplaying through this game, and I thought I would share my tips on how to do so in a fun and effective way. I am not a fan of 7th edition, so this post really deals with prior editions. I also just play classic era (20's and 30's) so keep that in mind as well.

Let me preface this by saying these tips are really more for face to face or online games. In a convention setting I would use pregens for time's sake. But I think for new players it is much more satisfying to play their own character. That is the feedback I get. I actually think more experienced RPGers do better with pregens, but I digress.

New players want to do just that: play. The more you explain the rules, the more their eyes glaze over. I suggest just telling them to let the game come to them, and focus on picking an occupation that sounds fun to rp. You may have some optimizer types that have played other games and have a preconceived notion of how much individual stats affect their characters. In Cthulhu, the difference between a 12 and 14 in a stat in negligible. I don't even really bother to go into detail explaining stats, I just lead them through rolling.

Keep it simple: occupations afford you a certain set of skills. You add points in skills, the higher the better. I recommend hand-waiving starting wealth. Use what feels realistic or is common sense. A doctor will likely make more than a private investigator. Most importantly, do not get bogged down buying equipment. CoC has some of the most extensive equipment lists of any game I have ever played. You can buy toothpicks if you like. The way I handle starting equipment is this: you have whatever makes sense for you to have. Thus, a biologist has access to a microscope if he needs it. A doctor has some medical equipment, at least a first aid kit. And only occupations that make SENSE to start with weapons do so. A police detective will have a revolver, but to start an antiquarian with a small arsenal makes no sense. After all, they are new characters. They are just starting out exploring these mysteries (more on that later). I typically wait until occupations have been chosen to explain this to players, and I have never had a complaint yet. If later in a scenario they realize that they need to go buy something idiosyncratic or atypical, let them. Handling equipment this way saves a ton of time and lets you get right into the game much faster.

The best tips you can give new players have nothing to do with mechanics. Investigators investigate. The game would be over if investigators just decided to go home and not follow clues. The only real information a player needs starting out is to do what their character would do. You have skills that you are good at, but that doesn't limit you from trying anything else that makes sense. Focus on your character and let the Keeper call for rolls when needed.

I have written before about CoC combat and my houserules for it (some of which have been amended as follows). I recommend these even for experienced tables. I find it overly complicated and fiddly to have three mini-rounds possible within one combat round. Again, I stress keeping it simple. You can move and take an action of some sort on your turn. If you don't move, you can fire your weapon at its full rate of fire. If you move, you only get one shot (an exception being something like trying a long range shot with a rifle, in which case movement would be impossible). If you are able, you can parry once per round. You can also dodge once per round but this takes away your movement for the following round. A new round for a player starts over on their turn. That is as far as you need to go; anything further can come out during play. I don't get too detailed with firearms to begin with; I usually just give detectives and PIs a .38 revolver. Soldiers might own rifles but do not typically carry them up and down Broad Street.

Treat luck, know, and idea rolls as passive skills. Write down your players' stats and roll for them yourself if they get stuck or really get into trouble.

Finally, pick a scenario that makes sense for new investigators. I like starting without them knowing each other. Sure, if you have two Miskatonic professors at your table they may have heard of each other, but they don't have to be buddies. The scenario also shouldn't give away any Cthulhu Mythos information in its setup. Characters go into the first scenario blissfully unaware that they are "investigators" (this reinforces their relative lack of preparedness/weapons). Start with something innocuous. A dinner party, an event at a public place, etc. One of the best introductory scenarios in my opinion is The Sanatorium, the players all being invited by the doctor for a visit. Mister Corbitt starts with a dinner party, something that can conceivably be tweaked to include people that do not know each other. If you think you will be playing long-term, Masks of Nyarlathotep has a wonderful beginning, just have Jackson Elias telegraph them all. Similarly, Shadows of Yog-Sothoth can begin with the characters individually being invited to join the Hermetic Order of the Silver Twilight. Female characters can be members of the auxiliary group that have become curious and go in disguise, or if you do not care too much about historical accuracy, allow them to be invited along with the male PCs. 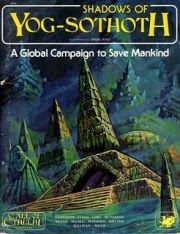 Using these tips puts you right into the action as quickly as possible. It is wonderful to behold players getting into it for the first time. The simpler you keep it, the less you will see them looking at their sheets, and the more time you will hear them in character having a blast.

Have you introduced the game to new players? What tips would you pass on to keepers?
Posted by Jeremy "frothsof" Smith at 10:23 AM No comments:

Email ThisBlogThis!Share to TwitterShare to FacebookShare to Pinterest
Labels: Call of Cthulhu 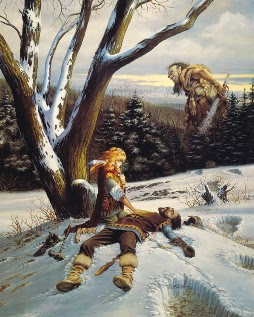 I thought I would share my houserules for healing in 5e. Healing in the core game is just way too much for my tastes. While the DMG does provide some other options, they aren't exactly what I am looking for. I don't want an ultra-gritty game, nor do I want 4e's absurd amounts of healing. Anyhoo, here are my ideas:

-Eliminate healer feat
-Overnight healing only heals 1 hp (I'm a sucker for tradition, sue me)
-You can spend HD during short or long rest. You regain half of your current HD rounded down (minimum 1) overnight. So if you are a 6th level fighter but take a long rest with only 3 HD left, you only regain 1 HD the following day. If you take a long rest with no remaining HD, you start the next day with 1.
-Healer's kits work as written, they're just no longer able to be buffed by the healer feat
-Healing potions are not typically found for sale

This gives me the balance I am looking for. You still have ability to recuperate at a reasonable rate, but resource management comes more into play and the traditional healing roles are reinforced.

Do you houserule 5e healing? What is your system?
Posted by Jeremy "frothsof" Smith at 10:06 AM 4 comments: