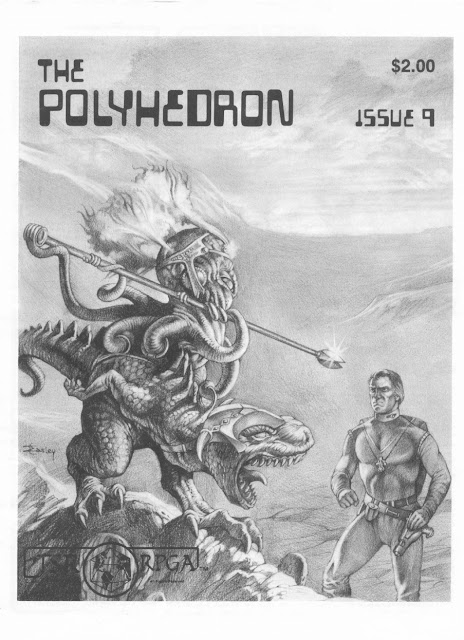 I mentioned last time how the production quality of the newsletter had improved under new editor Mary Kirchoff, and issue 9 continues the trend. This is a double issue, coming in at 32 pages. This came out sometime in the winter of 1982. As implied by its cover, this issue celebrates the release of TSR's sci-fi rpg Star Frontiers. 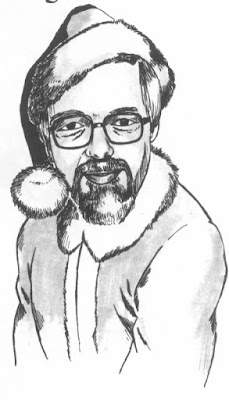 In Confessions of a Greenhorn Gamer, editor Kirchoff recounts her first experiences playing D&D, coming away from it amazed by the possibilities. The game has the same power today.

Steve Winter, he of too many awesome credits to list, provides an overview of Star Frontiers, which is also now available on the DM's Guild and still has a loyal following. Winter states the game has sold about 50k copies in just a few months. He gives an overview of the set, including the various playable alien races, the setting, and the adventure provided in the box. I was just talking about wanting to play this on my podcast last week, and this pretty much sealed it. The shapeshifting "blobs" aka Dralasites sound right up my alley.

Moving along, we get a crossword puzzle ("_ _ - Monster is a psionic monkey!) and a half-page of fiction.

One of my all-time fave D&D designers, David Cook, provides a Star Frontiers encounter based on the cover. It involves an octopus-like creature riding a big lizard. What else is there to say, really?

The Top Secret gadget contest results are announced, and this is probably the single most gameable article yet published in Polyhedron. 1st prize goes to the "fibre-optics probe", sort of a wire-thin surveillance camera, but my fave has got to be the "telegraph shoe", which allows you to communicate via Morse code by tapping the heels of the shoe. "Thus, a message may be sent under direct observation of the enemy." Yeah, nothing to see here, just a spontaneous bit of soft-shoe.

A new edition of Fight in the Skies, now titled Dawn Patrol, is plugged. In Spelling Bee, Mentzer discusses the various polymorph sorts of spells. There is a short piece offering hopelessly corny TSR carols ("I'mmmmm hunting for a white dragon, with every new torch that I light"). Audible groan.

After a short comic strip, there is a feature on GenCon 15, and wow...it is always so hard to believe how much it has grown. "7,000...gamers flooded the rooms and corridors of Parkside University...to attend gaming's largest convention." Incredible.

Recipients of the RPGA scholarship fund are featured. Mentzer's tips in this issue's Notes for the Dungon Master are sadly uninspired. The Letters section is mostly dry, with questions about back issues and the like, although there is a bit of foreshadowing. One reader asks about modules possibly appearing in Polyhedron, and while Kim Eastland plays it coy, Polyhedron eventually contained tons of cool adventures for multiple systems. I will get there eventually!

The issues ends with a catalog of sorts, all RPGA related products, punctuated by my white whale, the awesome TSR belt buckles.

Although this was ostensibly a double issue, it doesn't quite feel like it given the amount of advertising in the back. Still, these continue to make for fun reading. Neat time capsules of games long gone by.

Early Polyhedron newsletters are now available on the DM's Guild.

Every week, dozens of new, up-and-coming authors pop up on the DMs Guild, pricing their products as free or pwyw in efforts to reach readers. My hope is that this series helps put the spotlight on the cool stuff they are doing.

The Crystal Cavern: An Undermountain Encounter by Richard Thompson with illustrations by Davis Lodzins 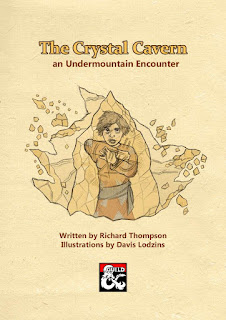 This is a short but well developed encounter that you can add to your Dungeon of the Mad Mage campaign. The party encounters a mage who has been trapped in crystal by Halaster. A lot of material for 6 pages, including a new magic item, new monster, and a nice little map. 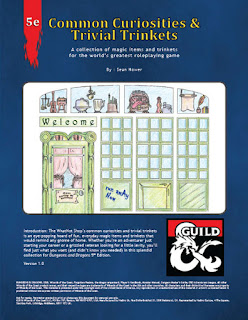 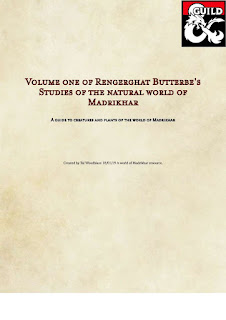 While the title is almost as long as the supplement, new creatures are always nice. The highlights here are the various forms of plant life, some helpful, some deadly.

100 Non-Combat Encounters (On the Road) by Sarah Breyfogle 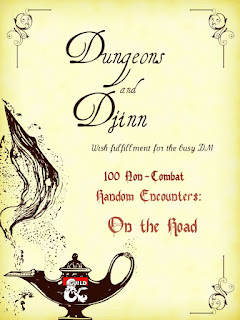 I do not hide my love for random tables. Lots of flavorful and creative little bits of color to add to your party's next journey. Usable with any edition.

If you enjoy my free zine, podcast, and/or blog, please consider supporting my work for only $1 per month.

Posted by Jeremy "frothsof" Smith at 7:19 AM No comments:

Do you like RPG blogs? Yeah, me too. I have a shameful addiction to them. Every Wednesday on the Thought Eater podcast I discuss highlights from around the RPG blogosphere.

Check it out HERE!

Also, I thought I would mention, if you would rather listen to my podcast somewhere other than Anchor, you can check it out on Apple Podcasts, Google Podcasts, Spotify, Breaker, Pocket Casts, RadioPublic, and Stitcher, although there is sometimes a lag with the updating. 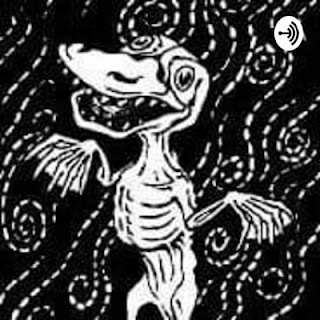 Hi all. I have really fallen in love with this Anchor podcasting app. I thought I would share this one on megadungeons. I hope to do a follow up episode, so please leave comments if you would like me to discuss anything else about them.

Posted by Jeremy "frothsof" Smith at 4:47 PM No comments:

Email ThisBlogThis!Share to TwitterShare to FacebookShare to Pinterest
Labels: podcasts

Check Out the Thought Eater Podcast!

Hi ya'll. I wanted to tell you about the Thought Eater podcast. I currently do three shows a week.

-Wednesdays, I do my Humpday Blog-O-Rama show. This is a weekly celebration of the RPG blogosphere. I highlight and discuss cool stuff that I spot each week, and then I put all of the links mentioned on the show in a companion post here on the blog.

-Fridays I usually do short podcasts of five minutes or less (Five Minute Fridays). With my other shows typically being much longer, this is a nice way for me to break things up. I usually just talk about whatever gaming-related subject is on my mind that day. I sometimes do longer form podcasts on Fridays, but it is unusual.

-Sundays I bring you Sunday Zine Club! Expect cool zine-related features, news, reviews, interviews, and more! All of the links from related topics will be listed here on the blog, much like the Humpday show.

-On Sundays, I am currently recapping my Froth University horror/comedy campaign

-The Top Three Tuesdays show. Each week I present my top three picks on a number of RPG-related topics.

-My Night Below 1e AD&D/BX campaign. This show is a fun outlet for me to talk about my houserules, philosophy, and lessons learned through play.


The Thought Eater podcast is currently available on 11 platforms; just click a logo below for your platform of choice. I hope you will check it out! If you use the Anchor app, you can actually call in and leave voice comments to be used on a show! 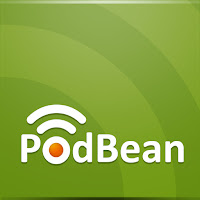 If you enjoy my free zine, podcast, and/or blog, please consider supporting my work for only $1 per month.

Posted by Jeremy "frothsof" Smith at 1:26 PM No comments: