I prefer practical, specific DMing advice to philosophical advice. This is because I feel strongly that experience is the best teacher for a DM as far as pacing, storytelling, handling and involving players, adventure design, etc. However, with 4e D&D there is a wealth of very specific advice that you can pass along to others, especially new DMs. I saw a DM (new to 4e but not RPGs) ask for advice the other day, and my mind went immediately to the monsters.

One of my favorite posts dealt with updating pre-MM3/Dark Sun monsters. Its like nails on chalkboard when I hear someone saying that the old monster books are worthless. Sure, the Monster Vault is the peak of 4e monster design, but part of that is that you get tokens and an adventure. Its not very helpful to just tell someone to go and buy another book or box set. Updating the old monsters does not need to be akin to filing your taxes. You can add adjustments completely on the fly, without ever putting pen to paper, and revive all of your old books. 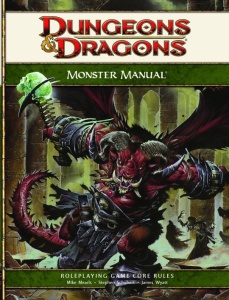 The main problems with old monsters come down to low damage, low accuracy, and (for Elites and Solos) susceptibility to debilitating conditions. Part of this can be handled by limiting the power creep at your table. I advise using some form of inherent bonuses a la DMG 2 or Dark Sun as a start. Even then, the monsters will still need help. If you do nothing else, follow my instructions on increasing damage.

Lets update and edit the old post's tips with some new notes added. Keep in mind that these tips do not apply to Minions; post-errata Minions should do 4+1/2 their level damage (minimum 1) and you should adjust them separately. Anyhoo:

1. DAMAGE: Add full level damage to Solo and Brute damage expressions. Add 1/2 level to the rest. For example, a 7th level pre-MM3 Brute would add 7 points to all of its damage rolls. A 22nd level Skirmisher would add 11. If a monster has a power that requires an attack roll but does no damage, add its level in damage to the power. So if say a 13th level monster has an Area 1 attack that slows on a hit (and does nothing else), that power now does 13 damage as well.

2. ATTACK BONUSES: Adjust monster attack bonuses up to at least Level +5 vs AC and Level +3 vs NADs. If any attack bonuses are already higher than this, such as an Artillery's RBA, leave them be. Brutes will be the main ones you will need to look out for.

3. MULTIPLE ATTACKS: If they do not have one already, give the monsters a "double attack", a single Standard Action that allows them to make two RBAs and/or MBAs.

5. CONDITIONS: Solos and Elites are always immune to the stunned and dominated conditions. To be honest, I would just remove stuns from your game altogether.

6. LAST DITCH EFFORTS: If they still look too weak or don't feel tough enough, let them Free Action attack when they are bloodied and/or when they die. 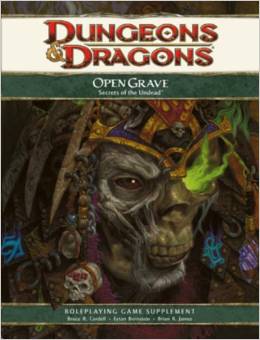 If you commit these simple tips to memory, you can pick up any old copy of Dungeon, any dated adventure, any old Game Day relic, or any early splat book and instantly breathe life into it. Its actually fun to pick one up, dust it off, and practice in your mind. Its very empowering because you can do it in-game, just eyeballing it. It becomes very natural and automatic if you try it a few times, to where you can look at any stat block and immediately adjust it without much thought.

Anyways, as I said above, I like advice that is practical, easy to use, and very specific. Try this in your 4e games and I think you will find that your old books are still awesome, and you didn't even have to write in the margins. 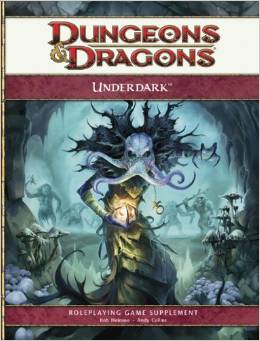 Will Doyle is on FIRE!

If you aren't already familiar with Will Doyle's work, you soon will be. The freelance designer is enjoying a streak of great successes. Will's amazing work at his blog Beholder Pie led to him getting several adventures published in Dungeon towards the end of 4e's run. These were among the best adventures that appeared during 4e. A few weeks ago, he got 1st place in the 2014 One Page Dungeon Contest. And just TODAY it was announced that he won EN World's 5e adventure design contest. 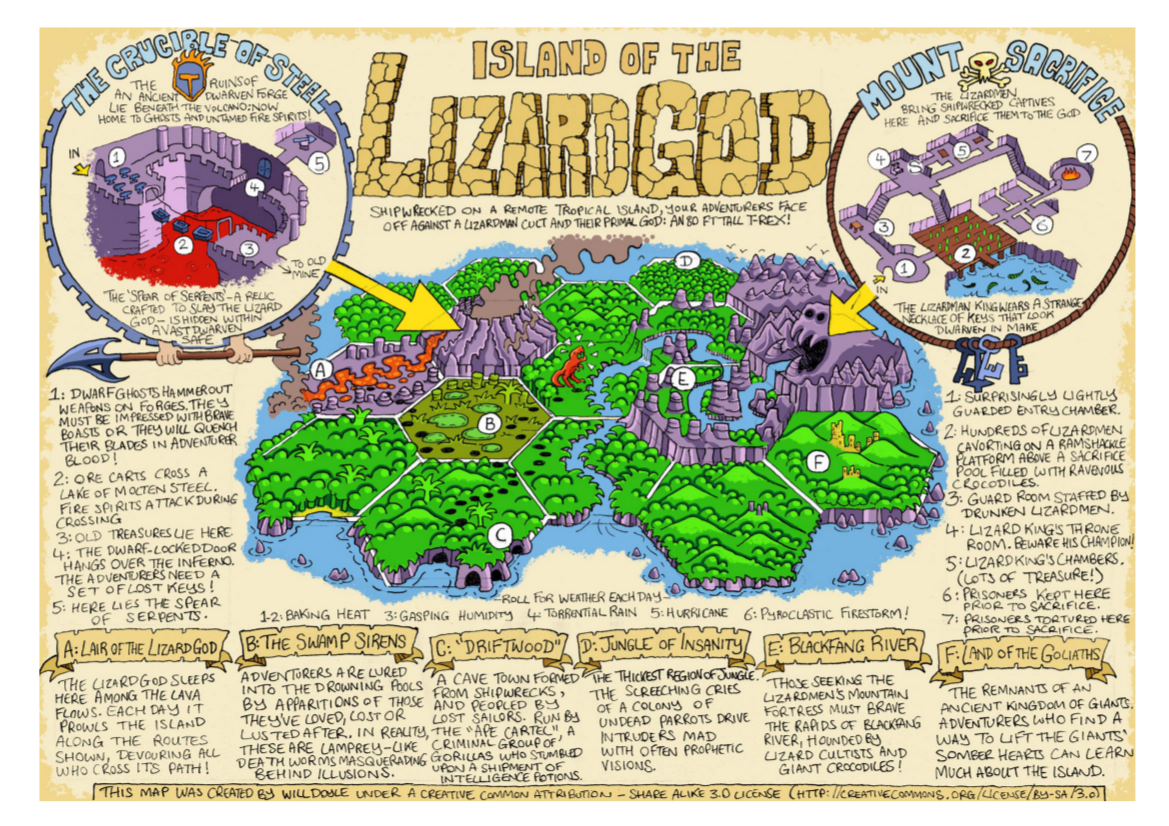 I love seeing good things happen to good people. Will's talent is obvious, but he is also a class guy, easy to work with, humble and enthusiastic. I was so blown away by his Scalemail mass combat rules for 4e that I approached him about letting me reprint them in 4e Forever #1. He was totally cool and helpful about it. When you combine talent with that kind of friendly attitude, good things happen to you. I would bet the farm that he will be one of the most well-known 5e adventure designers within a few years.

Check out a short interview I did with Will HERE.

If you want to check out his Scalemail rules, download 4e Forever #1 HERE. Even if you were not a big 4e fan, they are well worth a look.

Congrats Will, you deserve it!
Posted by Jeremy "frothsof" Smith at 9:47 AM No comments:

Hi everybody. If you didn't know, my "Trimming the Fat" series is all about stuff that I omit from 4e in my personal games. I've mentioned sunrods, skill challenges, backgrounds, and revenants in the past. Today I found myself motivated to write about the ultimate suckage condition: stunned.

I haven't run a lot of 4e lately to be honest, I have been going back to the well of 1e and 2e AD&D. That said, I have still been filling holes in my 4e collection via Amazon and Ebay. Books that I completely ignored before, I find myself wanting now for completion's sake. The chromatic and metallic dragon books are among these.

Its another conversation entirely as to why I shunned these books before, but a lot of it is because they are filled with weak solo monsters that every DM worth their salt already houseruled prior to their improvement in post-MM3 publications. Still, I think they have worth. Some of the delves, items, rituals, and the like are interesting, and much of Richard Baker and Bob Schwalb's lore succeeds. But I digress. 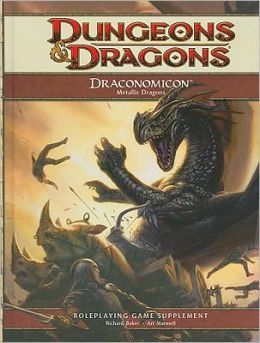 What really triggered today's entry was the common dragon power "Frightful Presence". In most cases this is basically a stun. The flavor isn't bad: the dragon scares you so bad a little trickle of urine empties in your boot. In practice though, its horrible for gameplay. How I wish I had seen that sooner.

When you start off with a new game or version of a game, its natural to trust the designers, at least at first. That is, I typically make an effort to at least play a game by the rules before deciding something sucks, or taking it into my own direction. I realize I was wrong about that now. I should have known that the stunned condition sucked at first glance, but at least now I am learning.

The stunned condition has long been the bane of 4e DMs. Solos being stunned is the subject of many a blog post from many a blogger. Even elites being stunned has always been a bridge too far in my book. That's why on my blog and zine you see rules about elites and solos always being immune to the effect. So what if the fluff can be sloppy? It simply breaks the game for the most powerful creatures to have to sit out the fight.

And here is where I must apologize. I recalled an epic tier game I once ran, still learning the system, in which I allowed a demon to stun one of the party. The poor bastard had to wait like 20 minutes to even do anything. I could feel his seething as he took his next turn. It was my bad.

Here's the deal. In classic editions, spells like Hold Person, Sleep, and the like are familiar and expected. Magic behaves differently. In 4e, magic is usually balanced against the other classes. Some love this, some hate this. I personally look at 4e as one of many different flavors of D&D ice cream. I don't make fun of others and berate them for liking rum raisin. But I digress again.

Being stunned in 4e sucks for everyone. Its also a condition that inherently slows down combat, adding to another of 4e's woes. "Why then", I asked myself, "did I ever allow stuns in the first place?"

That's the solution. Stuns don't exist. Not any more. Not for PCs, not for monsters.

You could just announce well before your game or campaign starts they don't exist, or if you want to delve deeper, come up with an alternate condition to substitute. After all, some paragon paths or epic destinies could incorporate the stunned condition as a partial element, or a player could love most elements of a single power only to have it completely nerfed by taking the condition out. I personally think dazed + immobilized is a solid substitute, but I am certainly open to ideas. One thing I am sure of, the standard 4e stun will never appear in my 4e games again. It just sucks too bad.

Heartfelt apologies to all I have stunned out there.