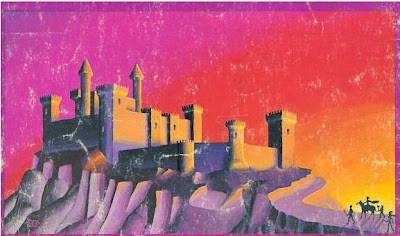 This sporadically appearing series features bits of 4e that I have scrapped from my games and fanzine. Previously, we covered sunrods and skill challenges. Today, we look at backgrounds.


It isn't the idea of backgrounds that's bad, it's the execution. Some backgrounds are clearly more powerful than others. I feel that all backgrounds should confer basically the same level of mechanical benefit or there will be less incentive, even for casual players, to choose a background based on its flavor. And to be honest, the flavor that's there isn't always so great in the first place. The current list of backgrounds is also so outrageously bloated that it will give you a headache just looking at it.

Doesn't this make a lot more sense? This is nice and clean, and encourages players to give a little extra thought to their characters. It also balances out the power level of background benefits.

That's what you will see in the mag! Anybody want to share some houserules on backgrounds? Leave a post!
Posted by Jeremy "frothsof" Smith at 1:04 PM