The End of the Campaign: Lessons Learned and New Beginnings 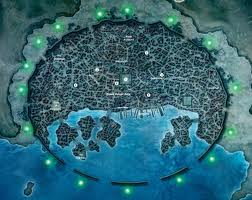 Well, I just wrapped up my Saturday campaign last week. I am so thankful that I got to play it to the end. I started with a vague storyline in mind, and over a year and a half of weekly play the campaign built to a fantastic finale in Gloomwraught, complete with a large scale battle, gargoyle mounts, grell galore, and a psychotic deva. I learned a lot of lessons, and many of the ideas on my blog were partly developed through running the campaign. As many of you out there have no doubt experienced, finishing up a long term game kind of leaves you a little sad, but also excited about what comes next.


Anyway, here are the main lessons I learned, or re-learned:

-Never railroad if you can help it. I rolled with every spontaneous idea that my players had, and what they wanted to do was inevitably better than what I had planned.

-Provide closure for each character; this felt a lot like the end of Animal House, where it says what each character did in the future. Tie this to their backstories; the players really loved this.

-Pick your battles. Not every encounter needs to be a big set-piece blowout. This is true for all editions.

-Use inherent bonuses if you are running 4e.

-Get to the good stuff. You never know how long a campaign will last, so don't save your "good stuff". Bust it out asap.

I plan on enjoying a few Saturdays off from running games, but I will not be able to withstand the call for very long. I am having a hard time deciding what to run though. I already do the B/X thing on Fridays; one of those games will switch to Call of Cthulhu shortly, when they finish the adventure. I am leaning towards a 1e game, perhaps starting with Gygax's Lost Caverns of Tsojcanth, just since I never got to play or run that back in the day, and I think it is arguably the best 1e adventure. But then I feel pulled this way and that; an OD&D game that is just a straight-up random and organic hex crawl, the 1e or 4e Baba Yaga's Dancing Hut adventures, a B1 one-shot since it has come up so many times recently, a Ravenloft campaign (gotta put all those box sets to use someday!), a Hollow World campaign, Night Below, Dragon Mtn, one of the billion homebrew world ideas I have bouncing around, arggghhh! There are truly so many options, all of them good. Still, when you think about all of the work and effort you will be putting into running something, it makes the choice very important.

So how about you? If you were starting a new campaign today, what system would you use? Would you use a published setting? Published adventures?