I Am Jealous As Hell Of My Newbie Players

This weekend I will be DMing a B/X game for several new or almost-new players. They will be walking that well-worn path that so many gamers have trod before them: the road to Hommlett. I will be using my battered, taped-together copy of The Temple of Elemental Evil, and popping out the Ol' Greyhawk Box. Killer stuff, I know. As killer as it gets, really. But that isn't the part that makes me jealous. 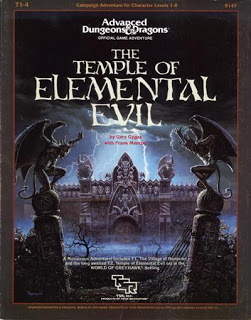 The part that makes me jealous is that I cannot really see D&D through fresh eyes any more. I am hopelessly jaded. I wish I could do it all over again.

Take the PC creation method we used. We rolled 3d6, in order. No bonuses, no putting the stats where you want, just straight up 3d6 down the line. Nobody bitched; nobody whined; nobody said "I only have a 6 Dexterity". They simply didn't know any better, and if they did, they didn't care. They played whichever classes matched up best with their rolls. They didn't care if someone else rolled higher.

I gave them some mundane gear, such as rope, a backpack, and a waterskin. Their eyes lit up as they added these precious items to their character sheets. "Rope! We have rope!" "Fresh water!" Haha, well, I am exaggerating a titch there, but you get the point. Every piece of equipment they had felt significant to them.

I have to say that I am very excited to get into role play with these players. Experienced players can sometimes (not always) phone it in. Inexperienced players are sort of always on edge; they have no idea what to expect. Well, except for danger. They definitely expect danger. So you see a bit of caution and care in their actions. They don't trust anybody; they listen intently to what NPCs say. They ask questions. They are into it.

So that is why I am jealous. I can't turn back the clock, and try as I might, I cannot perfectly recapture those old feelings. The closest I can get is running games for new players, living vicariously, letting some of the old magic rub off. It will have to do. 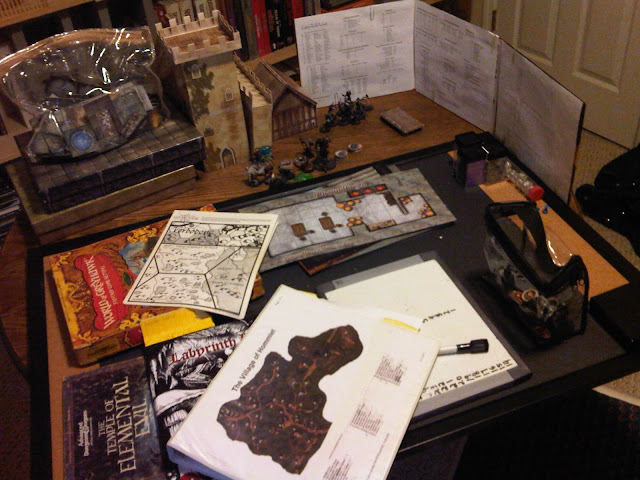